What’s The Difference Between Concrete & Cement? 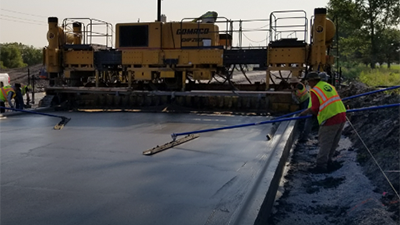 As a matter of fact, each of those is a trick question. The answer is all of the above. The distinct difference between concrete and cement is cement is a component of concrete, while concrete is the end result of a mix of cement and a few other components.

Cement is a mixture itself. It is most often made up of limestone, clay, shells, and sand. The collection of ingredients is combined with iron ore and crushed at extreme temperatures to become cement. Temperatures will be around 2,500° F. Cement has soil-like look. An obvious distinction between cement and concrete is that cement is soft, while concrete is rock solid. For instance, certainly you’ve seen someone spread cement while building a structure. Perhaps between bricks to create a lengthy adhesion.

Many people mistaken concrete trucks for cement trucks. The revolving cylindrical container or “barrel” that you see attached to trucks actually contains concrete, rather than cement. You often see these concrete trucks on site with workers so they can lay the concrete to build a parking garage or a highway. 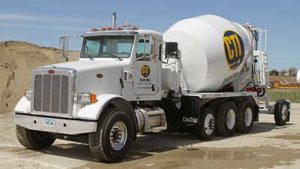 Cement is mixed alongside gravel, sand and water to create concrete.Those are the ingredients within the giant barrel of the concrete truck. Typically, concrete is made up of 10-15% concrete, 60-75% sand and gravel, and 15-20% water (per Concrete Contractors Assn.). The chemical reaction between cement and water is called hydration. The reaction forms the hard-as-rock material known as concrete. In fact, the hydration process continues for a number of years, resulting in a stronger surface over time. For this reason, concrete is trusted to carry tremendous weights and withstand major pressures without really ever wearing.

So, now you know. Even if you never lay concrete yourself, at least you can prove your friend wrong when he/she points out a “cement truck” driving down the road. It’s an all too common mix-up; however, the difference between cement and concrete truly is simple. You can have cement without concrete, but you cannot have concrete without cement. Cement helps make concrete.