What Are Aggregate Popouts & How Can I Avoid Them? 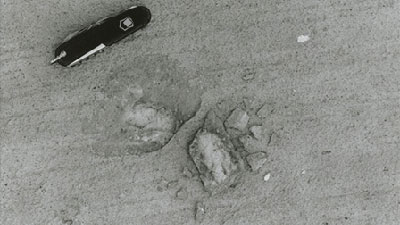 A “popout” is a small, generally cone-shaped cavity in a horizontal concrete surface left after a near-surface aggregate particle has expanded and fractured. Generally, part of the fractured aggregate particle will be found at the bottom of the cavity with the other part still adhering to the point of the popout cone. The cavity can range from ¼ inch (6 mm) to few inches in diameter.

Why Do Concrete Popouts Occur?

The origin of a physical popout usually is a near-surface aggregate particle having a high absorption and relatively low relative density (specific gravity). As that particle absorbs moisture, or if freezing occurs under moist conditions, swelling creates internal pressures sufficient to rupture the particle and the overlying concrete surface. The top portion of the fractured aggregate particle separates from the concrete surface, taking a portion of the surface mortar with it. In some cases, the aggregate forces water into the surrounding mortar as it freezes. This causes the surface mortar to pop off, exposing an intact aggregate particle. Clay balls, coal, wood, or other contaminants can uptake water and swell even without freezing, but the resulting pressure rarely is great enough to cause popouts. Also, there are reported cases of grain, such as corn and soybean, contamination of aggregate shipments that have resulted in surface popouts. Such occurrences aren’t within the scope of this document.

Popouts, as a result of physical activity, are typically only a problem with exterior flatwork in climates subject to freezing and thawing under moist conditions and resulting expansion. Even aggregates which meet the requirements of ASTM C 33 Class 5S, for architectural concrete in severe exposure, allow several types of particles which may cause popouts when exposed to freezing and thawing in the saturated condition. The most common type of particles resulting in popouts are low-density chert in natural aggregate deposits. Crushed aggregates are less likely to contain lightweight, absorptive particles generally more susceptible to popouts.

The cause of a popout due to a chemical reaction is often related to alkali-silica reaction (ASR). Alkalis from cement or another source cause an environment of high pH — high concentrations of OH ions — causing the breakdown of silica and formation of an ASR gel. This type of gel absorbs water and expands, removing a small portion of the surface mortar with it. The result are ASR popouts which are typically small and frequently accompanied by a small discolored or damp in appearance spot. The aggregate particle usually doesn’t fracture and split as is the case of popouts from physical action. However, the ASR phenomenon can result in micro-fractures within the aggregate particles. Some alkali-silica reaction popouts can occur within a few days after the concrete is placed.

Can Concrete Popouts Be Avoided?

Most popouts are aesthetic defects not impacting the structural performance of the concrete members. A large number of popouts, however, make it easier for water and other harmful chemicals to enter the concrete, which can ultimately lead to other forms of deterioration such as corrosion of steel reinforcement.

How To Avoid Concrete Popouts:

How to Repair Concrete Popouts?

Before starting a repair program, it’s recommended to confirm the cause of the popouts with core samples containing one or more typical popouts and having them studied by a qualified petrographer. Popouts can be repaired by chipping out the remaining portion of the aggregate particle in the surface cavity, cleaning the resulting void, and by filling the void with a proprietary repair material such as a dry pack mortar, epoxy mortar, or other appropriate material following procedures recommended by the manufacturer. It’s difficult to match the color of the existing concrete. If the popouts in a surface are too numerous to patch individually, a thin bonded concrete overlay may be used to restore a uniform surface appearance.